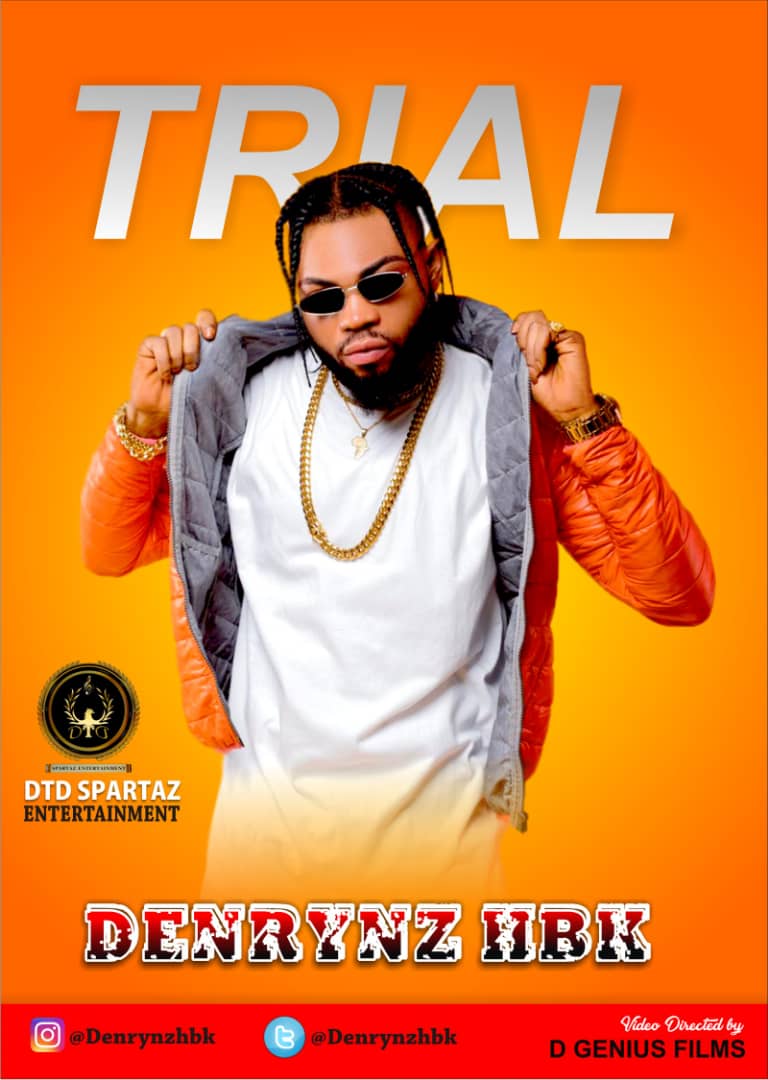 When asked why he decided to release Trial video from the list of released tracks, he reiterates his desire to work with the demand of the fans and to portray the efficiency of afrobeats as it spreads worldwide. Trial is a track that appreciates the beauty of nature and depicts African sentiment in the development of Afrobeats across the globe. Produced by Deano Hotbeats, Mixed & Mastered by Sound Boy. The video was chopped by D Genius Films.

God bless the viewers as they listen to the new sound by Denrynz HBK.