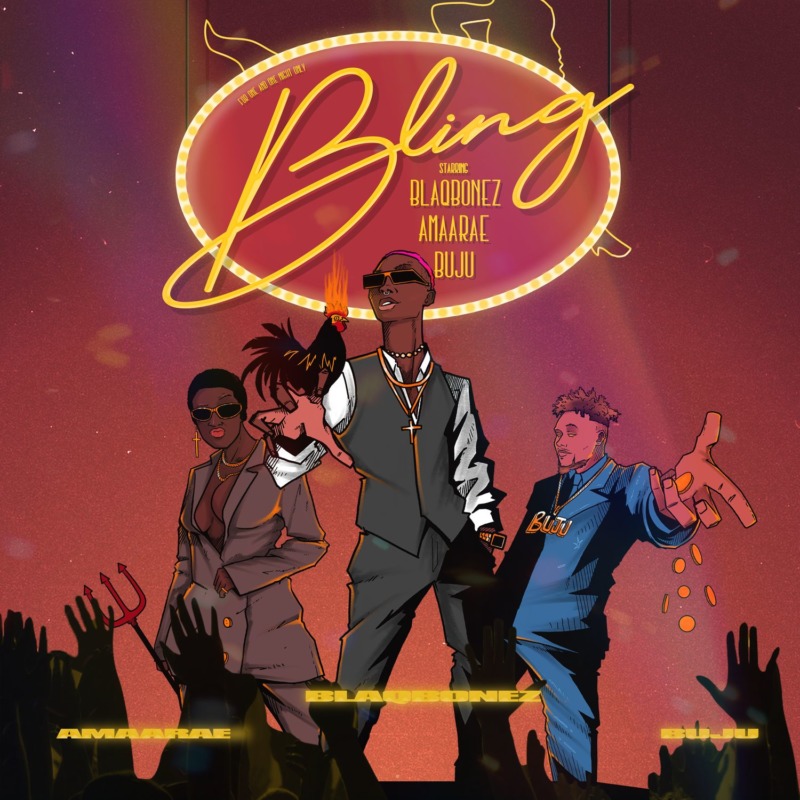 Fresh after the success of BBC and BBC Remix (which features Tiwa Savage), Blaqbonez unlock a new track titled “Bling” featuring Amaarae and Buju. Produced by Type A, Mixed and Mastered by AQ.

Blaqbonez is a Hip-Hop heavyweight signed to 100 Crowns a Subsidiary of Chocolate City Music; the biggest Music & Entertainment Company in Africa. The Young Rapper who is known as the “Best Rapper in Africa” has 2 #1 Albums “Bad Boy Blaq“ & “Bad Boy Blaq Re-Up” to his name in a space of 8 months. The “Bad Boy” Blaq has scored collaborations and gained the attention of various industry heavyweights like Don Jazzy, MI Abaga, Nasty C, Reminisce, Falz, Ycee and many more.

A celebrated lyricist and leader of new school Hip-Hop, Blaqbonez has a fast growing dedicated fanbase nicknamed ‘The BlaqForce’ who adore him for his Rap Style, Wit, Punchlines and funny viral skits and if that weren’t enough, Blaqbonez launched his Merchandising line in 2019 as his latest “Good Boy Merch” sold out within 24 hours pre-order.

Preparing for the release of his new album – Sex Over Love which has been scheduled for April 30, 2021, Rapper Blaqbonez drops this new sexy love song BLING.